Our training has stepped up, difficult on most days, but it becomes a joy at the race course as it is really beautiful at daybreak. The greenness is soothing to the eye and the heart, and the twittering of the birds is music to the soul. And all so often we are treated to flock of white gulls taking off over the verdant oasis and at other times the black musical koyals create a symphony 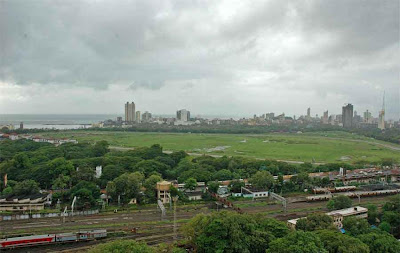 This sylvan surrounding has always been there………and been prettier in the flowering season. But I found running in 2km loops at the race course a task, as was hill training and of course the long distances.
Now I’ve become a regular at the race course and the loops don’t mean much- its about the distance now.

As I run with experienced runners and manage to hold my own with them.

The distance is getting longer, but surprisingly, not harder!
I have now officially become a part of the group of “those crazy runners”.
Over all these years of running I had developed several notions. This year a lot of them
are out the window.
Can’t run in the sun! Can’t run without music! Can’t run at racecourse! Can’t run long!
can’t run on Friday!

I’m in a new mode!
All will happen……..slowly and steadily. I am thriving in the discipline for food and
sleep. That’s giving me the courage to push myself.

“Unless you’re not pushing yourself, you’re not living to the fullest. You can’t be afraid to fail, but unless you fail, you haven’t pushed hard enough.”

3 thoughts on “From Inspiration to Perspiration….”